A small gathering of all ages attended the Remembrance Day Service at the Eudunda Memorial Gardens which were looking splendid thanks to the Eudunda Garden Volunteers.

The Remembrance Day Services is on November the 11th each year and the service starts at 11am to commemorate the silencing of guns on the Western Front (Europe) after four years of continuous warfare and the signed an Armistice, bringing to an end the First World War.

In the four years of the war more than 330,000 Australians had served overseas, and more than 60,000 of them had died

The service now remembers the fallen of World War II and the many other conflicts, Korea, Vietnam and peacekeeping efforts.

It is a short solemn service, still with COVID spacing in mind. Many beautiful wreathes were laid in memory of the fallen by various representatives of local organisations. 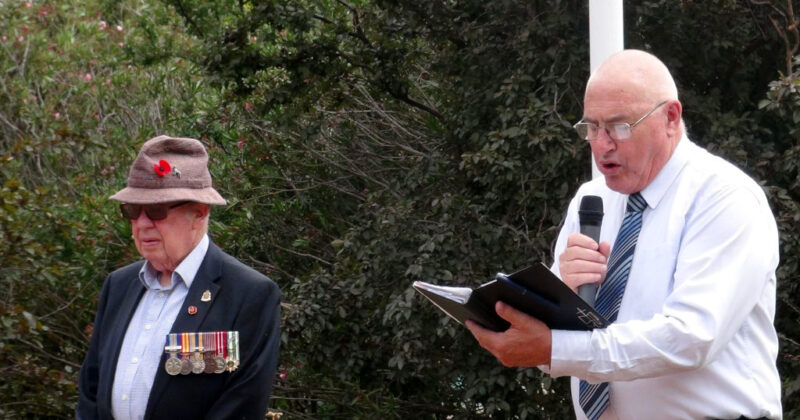 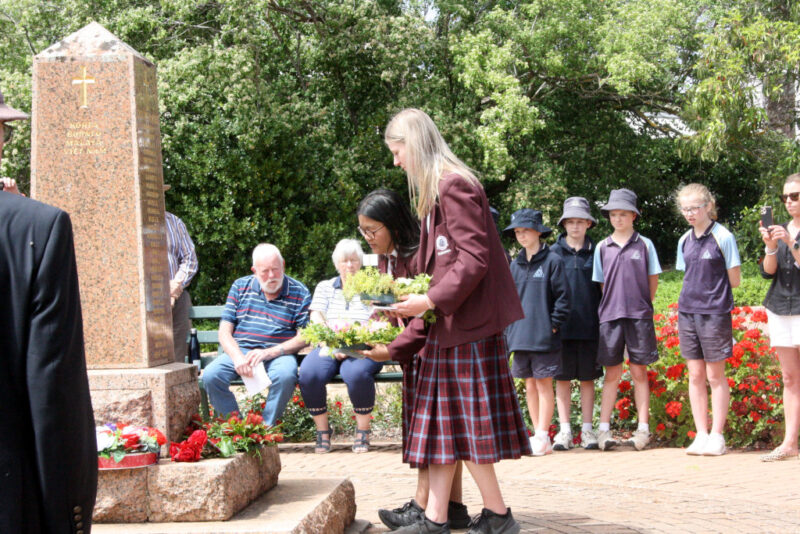 Of note in the above photo taken by Toby Herriman is Olivia Schiller’s Grandparents Paul & Helen Schiller watching on, along with St. John’s Lutheran School students. 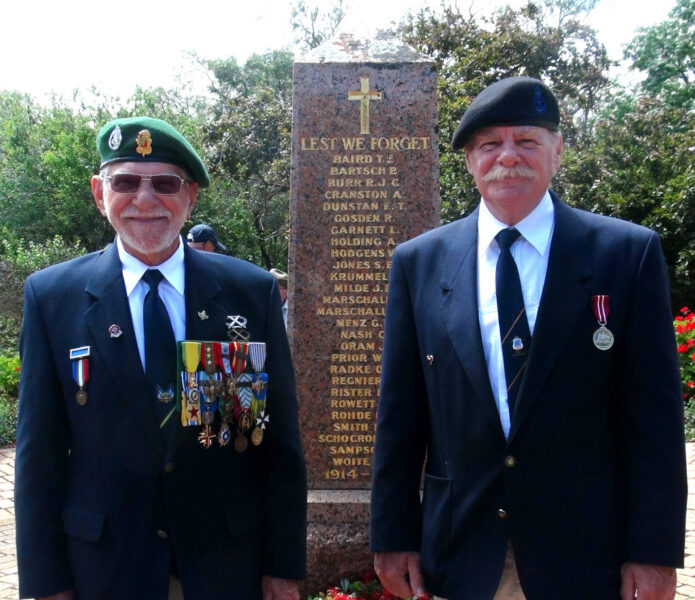 Remembrance Day – Eudunda 2020 – Andy Riemekasten was proud to have his Father Otto Riemekasten who fought in Vietnam for the French Army.

After the service people gathered at the Eudunda RSL Rooms to talk, and have a drink.